Get Your "Heller Kitty" Shirts Now 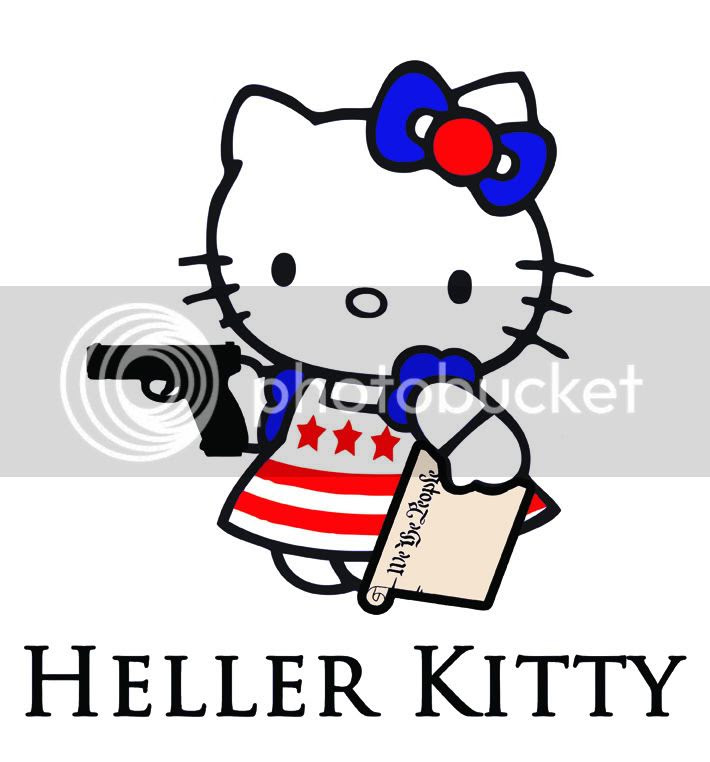 The Texas CHL Forum is taking orders.
Posted by Hecate at 10:53 AM 1 comment:

A battle where the NYT was woefully undergunned.

After the Heller opinion was released, the New York Times editorial staff immediately soiled their Depends and shoveled up a truly impressive pile of PSH in response. I won't dignify it by linking to it here, but you can search their website if you have a strong enough stomach and really want to read the whole thing.

Larry Correia's business is called Fuzzy Bunny Movie Guns, on the theory that a company consisting of combat veterans who make and sell machine guns and supressors don't need a tough name. His deconstruction of the NYT's screed is not to be missed.

I think Mr. Correia needs to run for public office.

By the way, he also wrote a marvelously addictive book, Monster Hunter International, that is currently unavailable but will be back in print from Baen Books in 2009. It's a must-read.

UPDATE -- In the fine tradition of flagrant elitism displayed by anti-gun nabobs everywhere, New York Times publisher Arthur Sulzberger has a permit to carry a concealed handgun! Oh, the humanity!
Posted by Hecate at 5:18 PM 1 comment:

Now THIS Is Feminism 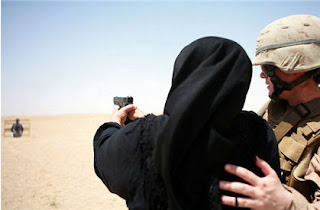 From the Marine Corps press release:

One of the new graduates said the Iraqi Police of Ferris Town told her about this job opportunity. She said this is her first job and it is a new challenge that she is happy and brave enough to take on.

© Nate Beeler, The Washington Examiner
At 10:13 a.m. Eastern Time on Thursday, June 26, the Supreme Court finally released the opinion in District of Columbia v. Heller (07-290), on whether the District’s firearms regulations – which forbid the possession of handguns and require shotguns and rifles to be kept disassembled or under trigger lock – violate the Second Amendment.

One hundred and fifty-seven pages of legalspeak can make anyone's eyeballs bleed, but it clearly found the Second Amendment to "guarantee the individual right to possess and carry weapons in case of confrontation." Still, it could have been better.

I can't possibly hope to improve on the analyses made by folks smarter and more eloquent than I. AnarchAngel, Atomic Nerds, Dave Kopel, Kim du Toit, The Liberty Zone, Michael Bane, Of Arms And The Law, and Snowflakes In Hell are among those who have excellent commentaries on what this opinion actually means to gun owners in this country. Reason Magazine Online assembled a panel of 8 leading civil libertarians (including Heller attorney Alan Gura) to help make sense of what the Court said, what it means, and what's likely to come next.

We haven't won the war by any means. But it's a good start, and followup action is already being initiated. It took the Second Amendment Foundation and the Illinois State Rifle Association with Alan Gura and David Sigale as counsel about fifteen minutes after the SCOTUS opinion was released to file a federal suit against Chicago's gun ban.

San Francisco's ban on self-defense in public housing is next. And closer to home, the despicable Omaha Housing Authority is frantically consulting their attorneys in an effort to keep their residents helpless as well.

A 5-to-4 decision is scary-close given the election debacle we face in November. Whoever is elected will probably appoint at least two Supreme Court justices. I hope people really listen to the Elected Officials who are now foaming at the mouth about how they are above the Constitution and have no intention of rescinding their unconstitutional and unsuccessful gun prohibitions. They insist the citizens they represent are too stupid to be trusted with the tools of effective self defense.

Some Are Just Equaller Than Others

I'm originally from Chicago, so I have a real appreciation for its, ah, distinctive political environment. Its also where I learned the hard way that a sufficiently publicly-respectable rapist could be completely immune from arrest and prosecution.

But more and more, I'm learning that the same crap that happens there happens in plenty of other places, just not so obviously.

In nine states, including New York, and California, concealed carry permits are may-issue. That means some local Authority gets to decide whether you are of sufficiently good character and have a legitimate enough need to be allowed to defend your life. In truth, permits in those states go overwhelmingly to celebrities, wealthy political donors, public officials, and politicians.

You know, the folks who are so much better than the average citizens.
Posted by Hecate at 1:20 PM 1 comment:

Welcome To The Police State

Stingray and LawDog shine the light on some interesting news: 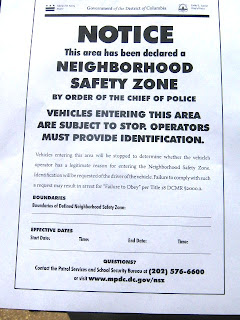 I guess they're just following the historic model, since the D.C. police previously tried to get people to consent to warrantless searches of their homes as a gun confiscation plan prior to the anticipated Supreme Court ruling on Heller.

So let's review here. Washington D.C. already has such a draconian gun ban that the Supreme Court is going to rule on whether it violates the U.S. Constitution. The D.C. overlords argued before SCOTUS that they need to keep said gun ban in place to prevent violent crime. But if this gun ban (or any other gun ban, anywhere) actually did prevent violent crime, why would they need or want to set up roadblocks with checkpoints?


Official advise[sic]? Give up your car, cooperate with the criminals, go along with the crime. Wasn't that our national policy on airliner hijackings prior to 9/11?

Carjacking rate per 10,000 population in Oakland, California, where it's practically impossible to get a permit to carry an effective means of self defense? 7.35

Let's see . . . a liberal justice system, the Overlords telling the serfs citizens to aid and abet their own victimization, a disarmed population . . . think we might have a pattern here?

Good Thing They Can't Have Guns In England

A "prominent anti-gun campaigner" is stabbed to death.

By her own grandson. Seems he had already been arrested for stabbing somebody else before they found her body.

But why do they even need anti-gun campaigners in England? They banned guns years ago. Their Olympic shooting teams can't even practice there.

Oh, you mean the gun ban only works on law-abiding serfs subjects citizens? That, even on an island where border control should be a lot easier than here, criminals obtain and use guns with impunity? And the ones who can't get guns use other means to commit crimes?

Wow, you might almost get the idea that gun control doesn't work.

Posted by Hecate at 4:55 PM No comments: