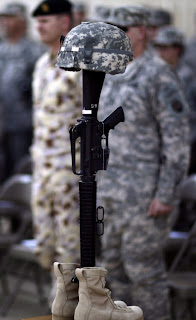 Never forget the sacrifice of the warriors who defend our freedom, tenuous as that freedom may be these days.

And never forget, as Tolkien said, that "those without swords can still die upon them," whether those swords be held by a foreign enemy or one's own government gone to ruin. 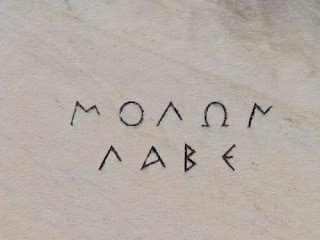 The Brady Campaign Shows Us The Way

The Brady Campaign To Prevent Gun Violence has handy "scorecards" that show us what deficiencies exist in each state's gun laws. By examining Nebraska's Brady scorecard, we see that Nebraska has 5 points for gun control out of a possible 100.

That clearly shows us where we need to focus our efforts. Laws must be enacted in our state to prohibit employers from banning secured firearms in locked personal vehicles, remove the "spree killer empowerment zones" from our colleges and universities, enforce total statewide preemption of firearm regulations, and enact Constitutional carry.

Accomplishing all of those things would give Nebraska the coveted Perfect Brady Score of -2.

See? Who says we can't learn anything from the Brady Bunch?
Posted by Hecate at 6:23 PM 3 comments: